Wonder Mill and the Wonder Man 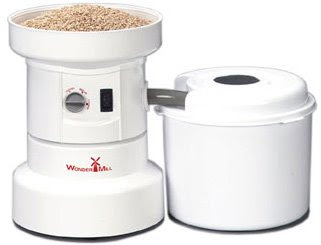 In an effort to feed our family healthier food, my husband purchased a Wonder Mill so we can grind whole grains at home into flour for baking. Jeff is so great in the kitchen, (that’s the fireman in him,) that I rarely feel the need to even go in there anymore, except to make the occasional pot of homemade tomato soup to go with the old fashioned grilled cheese sandwiches made from his delicious bread. (Yes, I’m bragging.) 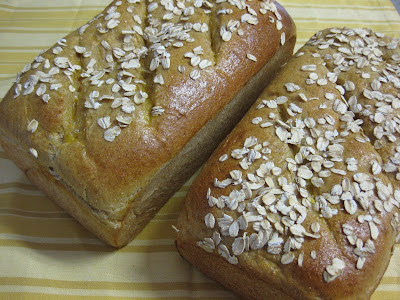 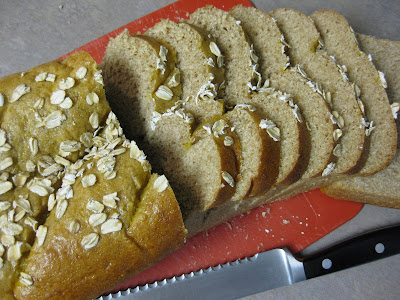 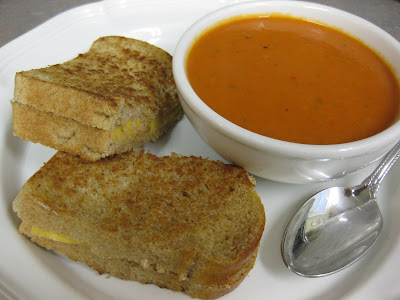 My family grinds wheat flour for everything from pancakes to brownies, and all the kids know exactly how to measure and grind. However, I have yet to approach the machine.

I called my husband at work for a few notes for this post and he emailed me this:

Here’s a quick overview. All the nutritional value of wheat is in the oil that is found in the wheat germ(the germ is also most of the fiber). When you process the wheat you have to take out the oils in it because it will spoil (store bought flour). The longer the ground wheat is exposed to air the less nutritional value there is because of oxidation of the vitamins. Whole wheat can be stored in a dry environment for ever, it does not go bad.

The Wonder Mill comes in either a hand crank or electric grinder, whatever you prefer. I have never tried the hand crank. It is very easy to use and clean, takes about twenty seconds to grind one cup of wheat berries. There are three levels of grind: fine, bread and coarse. Baked goods made from fresh ground wheat are heavier and more dense than store bought flour, just another thing for the family to get used to.

There are several types of wheat berries that each have their own characteristics. I have three to choose from, Hard red wheat, hard white wheat and soft white wheat. The soft white wheat has less gluten in it and is used for making non rising baking goods. Pies, pancakes/waffles, biscuits, brownies etc. A general rule is that if you would use Bisquick then you would substitute soft white wheat.

The hard wheat’s are for rising baked goods; breads, pizza dough, cinnamon rolls etc. The difference between the hard red and hard white is the taste. The red has a nuttier taste while the hard white is a milder taste. A general rule is that if you are going to be making a bread that has added flavors; cheese, garlic, cinnamon then you would want a hard white. If you used a hard red the flavor of the wheat would take away from the taste you are adding. I have been experimenting with mixing the wheat to make bread. The most palatable for the whole family so far is ¾ hard white and ¼ hard red.

This entry was posted in Uncategorized and tagged flour mill, wonder mill. Bookmark the permalink.

43 Responses to Wonder Mill and the Wonder Man